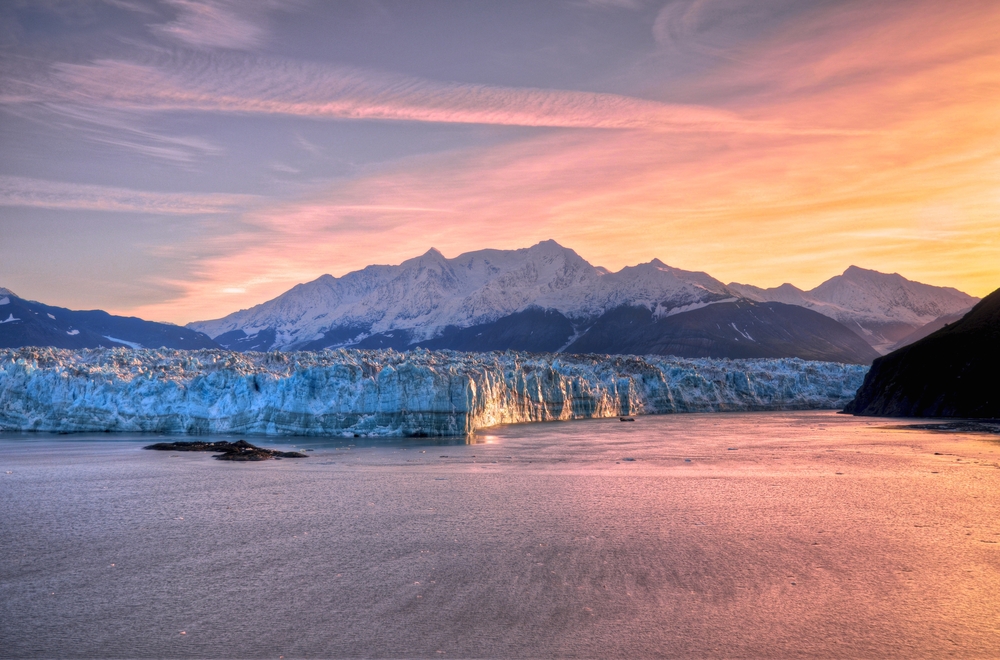 From gold-rush towns to icy glaciers and great marine mammals, a cruise through Alaska’s Inside Passage reveals a treasure trove of natural wonders.

Stretching 800 kilometres along the Pacific Ocean, Alaska’s Inside Passage is nothing short of breathtaking. Encompassed by tranquil waters, tidewater glaciers and wildlife-filled fjords, this splendid spectacle of serene landscapes is made up of a series of waterways, islands, towns and forests formed during the last ice age. Originally used by mining prospectors at the height of the Klondike Gold Rush, today history can be found in the enchanting enclaves and buzzing ports. Read on to discover five unique experiences you can only have along Alaska’s Inside Passage. Let’s take a walk on the wild side.

Ready to explore? Join the 7-Night Holland America Inside Passage Cruise from Vancouver to Alaska.

Renowned for its pristine waterfalls that tumble into emerald water, valleys which are surrounded by ice spires, and sapphire-blue glaciers that glitter in the sunlight, it’s little wonder naturalist John Muir once referred to the Tracy Arm area as “a wild, unfinished Yosemite”. Created by glacial erosion, this untamed land of natural beauty near Juneau is a stunning example of environmental magnificence. Only accessible via boat or float plane, the journey is part of the adventure. Take a moment to admire your surrounds – every second spent in Tracy Arm fjord is worth the effort.

‘Gold! Gold! Gold!’ the Seattle Post-Intelligencer enthusiastically reported in 1897. During the famous Klondike Gold Rush of the late 1800s, the public understandably turned gold crazy. Soon, an estimated 100,000 aspiring miners made their way via Dyea and Skagway to the Canadian Klondike, traversing some 900 kilometres of treacherous trails. Prospectors were given two trail options: the short but steep Chilkoot Trail or the longer, more level White Pass. Today, step back in time to the gold rush as you learn of the famous routes, follow the steel tracks of the White Pass and Yukon Route railway, before testing your nerves with a walk across the 20-metre-high Yukon Suspension Bridge.

From its snow-capped peaks to its electric blue waters, plunging waterfalls and glacier-carved valleys, Misty Fjords National Monument is simply picture-perfect. Just 35 kilometres from Ketchikan, this mosaic of natural wonders is an outdoor playground for adventurers, and for good reason. Congressionally designated a protected wilderness area in 1978, the ‘Yosemite of the North’ encompasses more than 2.2 million acres across Tongass National Forest. Via floatplane or cruise, fully appreciate this national treasure, that’s been slowly crafted by the hands of nature over 17,000 years. Beyond this, be wowed by the untouched wilderness of the 70-million-year-old granite crags, valleys and ridges.

Fronting the Pacific Ocean on Baranof Island’s west shore, Sitka is an unpolished, unmissable gem. Visitors are rewarded with small-town charm and phenomenal access to nature. Sitting in the terminus of Sitka Sound, witness a myriad of bite-sized, forested islands effortlessly moulded into stunning silhouettes at sunset, which compete for your attention against the snow-capped mountains and granite peaks of the east. On the western horizon, the impressive Mount Edgecumbe – reclassified by the Alaska Volcano Observatory as historically active – features a cone similar to Japan’s Mt Fuji. Be sure to head into town, where picturesque remnants of 18th-century Russian influence and heritage are found around every corner – think onion-shaped cathedral domes topped with gold crosses.

Ready to explore? Join the 7-Night Holland America Inside Passage Cruise from Vancouver to Alaska.