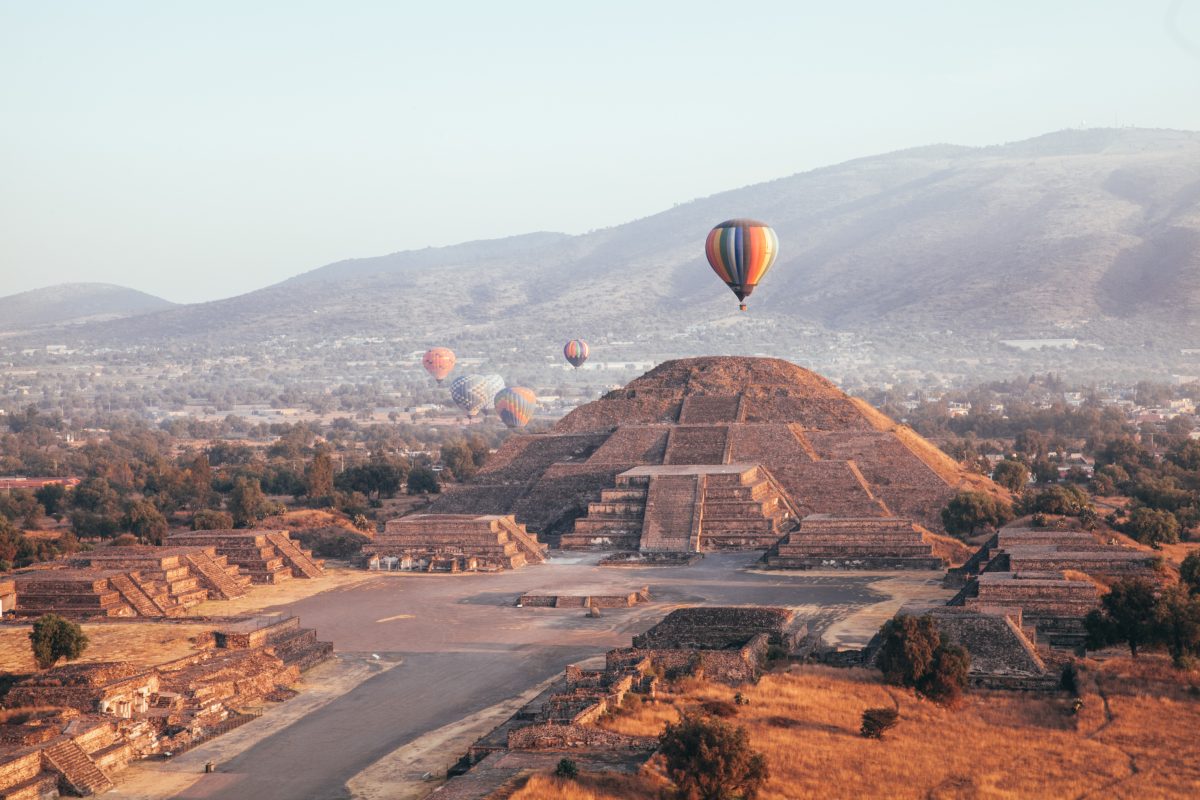 Put on your explorer’s hat: Mexico is bound to stir up your wanderlust with its Mayan ruins, colourful folk art and enchanting botanical gardens.

Mexico is a powerhouse of colours, flavours and sounds. A sensory overload in the best way, this is where travellers come to party, eat, relax or be inspired. From its palm-fringed beaches to Mayan ruins, vibrant metropolises, dreamy cenotes and cactus-studded deserts, this soulful nation should be high on everyone’s bucket list. Whether it’s exploring ancient pyramids or stepping inside the home of Mexico’s most famous artist, read on for the ultimate list of things to do in Mexico.

Ready to explore? Indulge in a five-star beachside escape to Los Cabos.

Celebrate Día de los Muertos: the Day of the Dead

Mexico’s legendary Día de los Muertos – or Day of the Dead – is typically celebrated on 1 and 2 November each year and has its roots in ancient Aztec tradition. This colourful carnival may at first glance seem macabre, but in fact, it’s a joyous celebration of those loved and lost. Across the nation, the streets come to life in honour of the dead, with kaleidoscopic parades, altars laced with marigold flowers and offerings for the departed, and Calavera (those instantly recognisable, colourfully painted skulls).

If you’re lucky enough to be in town for this UNESCO Human World Heritage-listed holiday, choose a resort that fully embraces the tradition, such as Viceroy Los Cabos, Corazón Cabo Resort & Spa (which is currently offering special rates for five-night stays over the period) or One&Only Palmilla, Los Cabos, which offer a calendar of unmissable events.

Just 50 kilometres northeast of Mexico City is the UNESCO World Heritage-listed site of Teotihuacan, a pre-Hispanic city built between the 1st and 7th centuries. Here you’ll find a complex of astounding pyramids set in one of the largest ancient cities in the Americas. See the two major pyramids that the site’s renowned for: the Pyramid of the Sun and the Pyramid of the Moon. Afterwards, take a stroll down the Avenue of the Dead and imagine what life would’ve been like 2,000 years ago.

Art and culture seekers can’t miss the chance to visit the ‘Casa Azul’ (blue house) in Coyoacán, one of the oldest neighbourhoods in Mexico City. This stunning cobalt residence was home to Frida Kahlo, one of the most famous Mexican artists of all time. Wander through the rooms and admire some of her easily recognisable paintings, among her other art and personal belongings. It’s a profound glimpse into Frida’s fascinating life and the stories behind some of her most iconic work.

It would be a traveller’s crime if you visited Tulum and didn’t take a dip in the crystal-clear ocean. Picture gentle swells of the most vibrant turquoise colour, lapping at pure white sand while preserved Mayan ruins stand nearby. This postcard-perfect scenario draws international visitors in droves, making Tulum one of the most popular beach destinations in the world. Hop between Playa Ruinas (close to the Tulum Ruins), Tulum South Beach (for cool beach club vibes), and Playa Paraiso (for palm-fringed paradise and snorkelling).

Ready to book your dream Tulum escape? Check out the all-inclusive Aloft Tulum.

Be wowed by the Chichen Itza Mayan ruins

If there’s one thing that says ‘bucket-list experience’ it’s visiting one of the Seven Wonders of the World. The UNESCO World Heritage-listed Chichen Itza Mayan ruins see around two million visitors each year, and for good reason. Believed to be over 1,500 years old, the ruins are made up of uniquely designed buildings that reflect the astronomy and architectural expertise of the Mayan people. See the Temple of Kukulkan, a pyramid with 91 steps on each of its sides, adding up to 365 steps (together with the temple platform) for each calendar day.

Go for gold in the yellow city, Izamal

Discover a hidden gem – or should we say golden nugget – in Izamal, a small town along the Yucatan Peninsula. The first thing you’ll notice is the warm, yellow hue of the buildings and the striking Spanish Colonial architecture. Why yellow? No one really knows – some say it’s to honour the Mayan sun god, Kinich Kak Moo. Others believe it was painted in preparation for Pope John Paul II’s visit in 1993. While you’re here, take a stroll downtown and admire the architecture, visit Convento de San Antonio de Padua (one of the oldest Catholic monasteries on the Americas continent) and shop for handicrafts and folk art.

Get lost in a magical garden at Vallarta Botanical Gardens

There’s something so calming about being among greenery, and you can enjoy such leafy serenity at Vallarta Botanical Gardens, in the tropical highlands of the Sierra Madre mountains. Discover the country’s most extensive array of native orchids, breathe in the scent from the vanilla bean orchid, see huge species of succulent and watch as vibrant hummingbirds flit from flower to flower. You’ll also see cacao trees and blue agave – both integral plants responsible for some of Mexico’s most revered exports: chocolate and tequila.