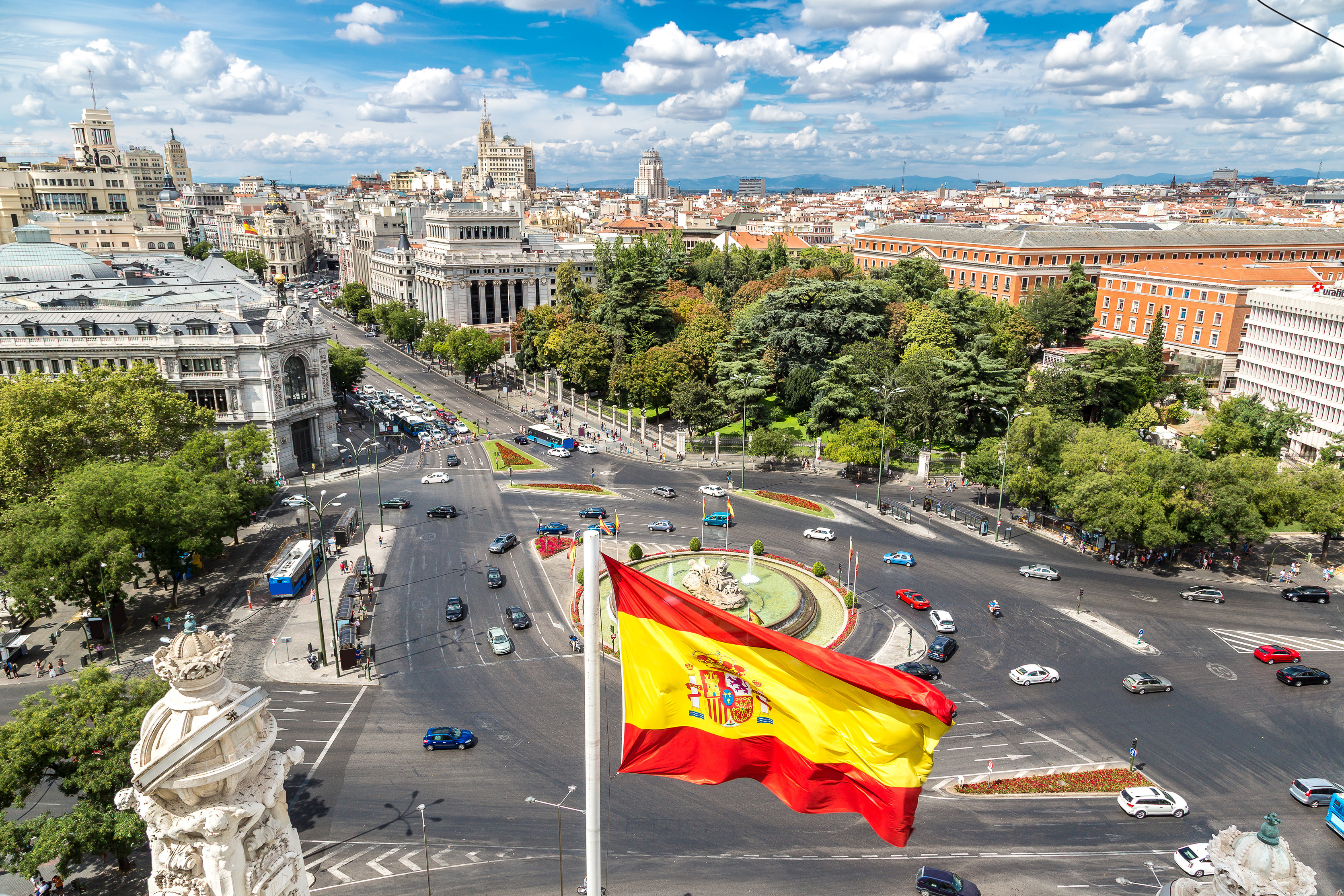 Spain is full of incredible cities: from the Gaudi architecture of Barcelona to the cultural delights of Madrid, UNESCO-listed buildings of Teruel and foodie haven of San Sebastian.

Known for its food, Flamenco, bullfights, art, literature and architecture, Spain is a country rich in culture. Spain’s best city breaks combine all of the above with a balmy summer climate and easy access to beautiful beaches.

Keep reading to discover our pick of the best Spanish cities for a holiday.

Ready to plan your trip to Spain? See our exclusive hotel offers

From trickling fountains and sprawling floral gardens to delicately carved Islamic symbols (a reminder of the city’s Muslim roots) and the palatial fortress of Alhambra, Granada seduces visitors with its enchanting energy.

Steep cobbled streets are lined with stores selling everything from sparkling glass lamps and ornate leather bags to fragrant brews and spiced tajines.

The city in southern Spain is famed for its majestic hilltop fortress, Alhambra, which artfully showcases the beauty of Moorish architecture. A UNESCO World Heritage site, the complex spans an incredible 140,000sqm and is considered one of the best-preserved palaces of the historic Islamic world. Booking ahead is highly recommended, due to the daily visitor quota.

This is a city best explored on foot, chasing down intricate street art murals, admiring architectural masterpieces like the Generalife fountains, and strolling the streets of historical neigbourhood Albayzin. Foodies will be delighted to learn of Granada’s standing as one of the best cities within the region for tapas, while thrill-seekers can take to Sierra Nevada – Spain’s largest ski slope.

Where to stay: In glamorous boutique style at La Esperanza Granada

You’re sure to fall in love with the ornate sandstone architecture synonymous with the beauty of Salamanca.

Home to the magnificent Universidad de Salamanca (the country’s oldest university), this picturesque city in northwestern Spain was a key intellectual centre in the 15th century. The university, which continues to flourish today, features intricately carved facades, doorways and towers, and attracts a multicultural student population that injects Salamanca with an exciting, modern buzz.

Another must-see attraction is the marvellous Plaza Mayor, the largest town square in Spain, enclosed by elegant buildings. Join the mix of tourists and locals, who come here to dine, alfresco, among the beauty of 88 arched porticos, intricately decorated with medallions.

Not in the mood for tapas? Salamanca’s high international-student population means the city has one of Spain’s best selections of Asian, European and Middle Eastern fare.

Madrid, Spain’s central capital, is an idyllic city break for any culture lover. Its high concentration of museums, landmarks and palaces makes Madrid a must-visit on any European itinerary.

Renowned for its rich repositories of European art, including the Prado Museum’s works by Goya, Velázquez and other Spanish masters, Madrid’s artistry expands beyond the museum walls into its elegant boulevards and expansive manicured parks, such as popular El Retiro.

Football aficionados can get close to the action at Santiago Bernabéu Stadium, home of Real Madrid FC and the Spanish National Team.

Meanwhile, royalists will enjoy a visit to Palacio Real, where you can visit over 3,000 luxurious rooms, personalised to represent individual monarchs.

No visit to Madrid is complete without stopping at Gran Via – the city’s main avenue for shopping, dining and entertainment.

Where to stay: In heritage elegance in the heart of the action

Tucked away within the mountainous Aragon region of eastern Spain, Teruel is a hidden gem packed with history. Known for its captivating Mudéjar- style architecture that combines both gothic and Islamic elements, the old town is dotted in UNESCO- protected attractions.

From the city’s tragic love stories that continue to draw romantics from across the globe, awe-inspiring architecture and delicious foods to the exciting annual festivities characterised with the abundance of bullfighting, there are plenty of reasons to visit this picturesque town.

A trip to Teruel is incomplete without seeing Santa María de Mediavilla Cathedral, dating to the 12th century, which features an elaborately painted ceiling, and Torre de El Salvador, a 14th-century Mudéjar tower with an intricate facade and stairs that lead to sweeping views of the region.

Where to stay: In superior beauty surrounded by rolling hills, dotted vineyards and olive trees

The bustling city is home to incredible buildings with great cultural and historical relevance, particularly Gaudí’s famous Sagrada Familia, Casa Batlló and Casa Vicens. Escape the city-centre bustle at Park Guell, where a steep climb takes you to pretty gardens peppered with colourful Gaudí touches. After a jam-packed day of sightseeing, a visit to Barceloneta Beach is called for. The beach is one of the city’s main tourist attractions – and for good reason! The temperate waters, sugar-fine sand and picture-perfect horizon make Barceloneta Beach an idyllic place to soak in the Mediterranean rays.

Where to stay: Spain’s number 1 hotel

Considered the gastronomic capital of Spain, San Sebastian is home to more Michelin-starred restaurants per capita than any other city in the world. A bucket-list foodie experience is pintxos, a local twist on tapas. Often served as a snack in bars, these savoury delights consist of a small piece of bread topped with tasty treats like cheese, meat and croquettes, all held together by a cocktail stick.

Home to a beautiful stretch of coastline, San Sebastian offers seaside glamour, celebrity spotting and couture fashion, combined with the quaint charm of the untapped Old Town and sweeping beauty of the undulating hills.

Where to stay: In boutique baroque charm