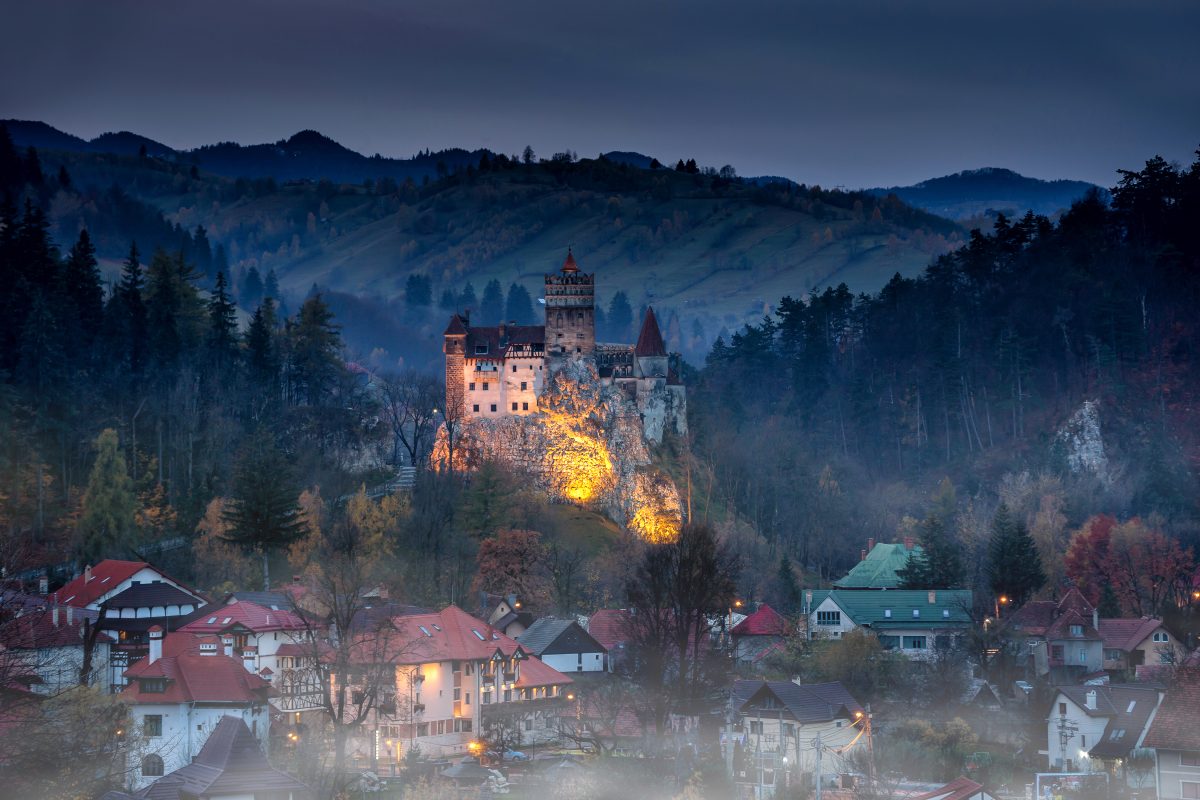 Haunted castles, execution sites and eerie underground labyrinths – whether you’re inclined towards the paranormal or a head-shaking sceptic, these destinations will send a chill down your spine.

Halloween is not all pumpkin jack-o-lanterns and trick-or-treating: it’s an age-old ode to witches, ghouls and ghosts. Where better to indulge in all things sinister than at the most chilling sites in the world?

Whether you’re simply curious or someone who delights in the macabre, discover the top spookiest destinations across the globe, from Dracula’s castle to a 19th-century mental asylum in Australia. So, grab your string of garlic cloves, holy water or crucifix: these creepy destinations are where things go bump in the night and paranormal encounters will test your courage.

We’ve all heard of Count Dracula, Bram Stoker’s infamous blood-sucking vampire who lived in an imposing castle hidden in Transylvania. Dracula’s fictional fortress was said to be inspired by the real-life landmark, Bran Castle, Romania’s most visited site. Go inside the gloomy walls and get lost in secret passageways, see the chilling medieval torture instruments and take a tour of the castle’s hidden tunnel.

With over 1,000 years of colourful history, there is plenty of opportunity for gruesome and ghastly occurrences in the Tower of London. This infamous fortress is best known as the site where King Henry VIII ordered the execution of two of his wives, Anne Boleyn and Catherine Howard. Visitors have claimed to have sighted the ghost of Anne Boleyn wandering the grounds after dark, holding her severed head.

Shake off the chill with this five-star London escape.

One of the most bone-chilling destinations on our list is located in a small town in Victoria. The hospital has over 130 years of gruesome history and is said to be the location of over 13,000 patient deaths. There is no question whether this location is haunted – visitors commonly report feelings of nausea, unexpected fainting or hearing banging sounds when entering certain rooms. An Aradale Ghost Tour is one of the creepiest tours you can take in Australia: explore the morgue, surgery theatres and infirmary and learn about the hospital’s haunted past.

Stay nearby at this boutique Ballarat escape.

If you find yourself wandering the cobbled streets of Edinburgh’s Old Town at night, that shadowy figure you spot out of the corner of your eye might not be just a figment of your imagination. The city’s ghostly reputation is not without cause. The 11th-century castle is well worth a visit: if you listen carefully, you might catch snatches of unexplained music echoing through the halls from the ghost of a late piper. For the ultimate spooky experience, join an adults-only ghost tour that descends into the city’s underground vaults and ends in the Canongate graveyard, Edinburgh’s most haunted cemetery.

Stay just five minutes away from the castle in five-star luxury.

Paris’ most eerie attraction is not for the fearful traveller. The subterranean labyrinth of the Paris Catacombs consists of gloomy tunnels lined with the bones of six million late Parisians dating back to the 18th century, following the collapse of the overcrowded Les Innocents cemetery in 1780. We recommend seeing the catacombs with a guide who knows their way through the dusky maze – this isn’t the place you’d want to get lost in.

Stay close by in this luxurious five-star hotel beside the River Seine.

For more Paris inspiration, read Say Oui: Your Ultimate Guide to Things to do in Paris.

On one hand, this is a postcard-perfect hotel stay in the heart of Canada’s breathtaking Banff National Park. On the other, it’s reportedly home to a number of guests who checked in but never left… You might catch a glimpse of a forlorn-looking ghost bride who fell down the stone staircase on the day of her wedding. Or, if you’re lucky (depending on your viewpoint), you might see the ghost of the friendly bellman who worked at the hotel until 1975 and is reported to help guests with their luggage, disappearing before guests can turn and thank him.

Explore one of Sydney’s most haunted destinations at Quarantine Station on Manly’s North Head. A former quarantine stop for guests travelling to Sydney via cruise ship, this destination has reported countless apparitions and haunting encounters. One of the most disturbing dwellings here is the Gravedigger’s Cottage, thought to be the site of a ghastly bathtub murder. Here, many visitors have claimed they’ve experienced a sensation of hands around their throat, a pressure on their chest and prickling heat all over their body.

Looking for more wanderlust? Discover 10 of the World’s Most Incredible Hotel Bathtubs.