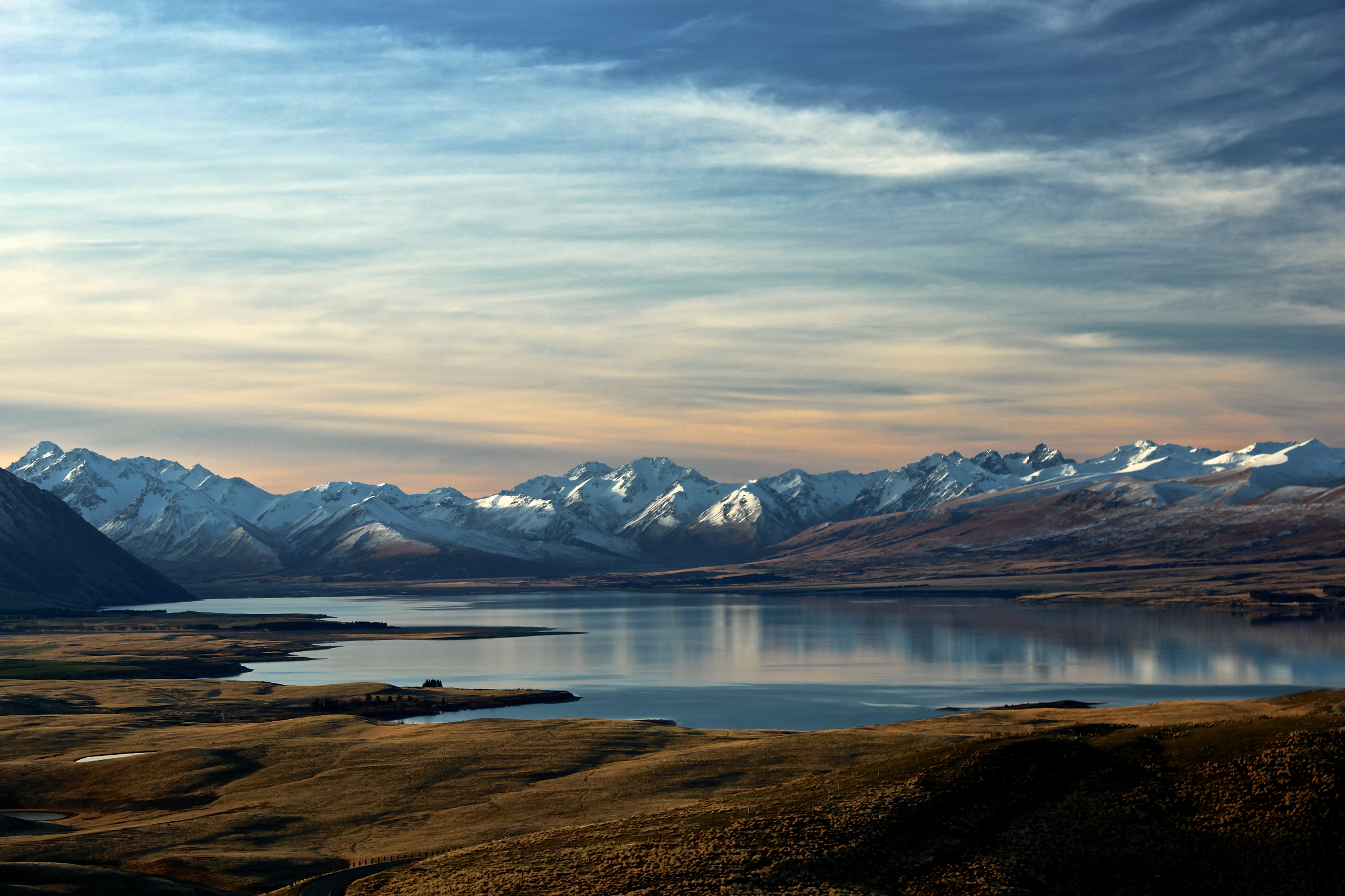 An Antipodean travel bubble may be in the works, but we don’t need to be asked twice to visit New Zealand. Who needs the rest of the world when we have nature’s ultimate playground on our doorstep?

From glowworm caves to thermal pools, bungy jumps to hobbit houses, New Zealand offers countless unique experiences just a short flight away. Here are 10 reasons why this is a travel bubble we’re happy to be trapped in.

Be dazzled by the magical glowworm caves

New Zealand is one of the few places in the world where you can encounter glowworms in their natural habitat – an experience not to be missed. There are several locations in the country where these can be found, including the Waitomo Caves on the North Island, or Te Anau on the South Island.

Embark on a journey through ancient caves before arriving at a still, dark grotto, where you’ll board a boat and float into the abyss. Suddenly, the inky blackness above you illuminates with hundreds of twinkling lights as the glowworms put on their breathtaking show. Who needs Disneyland when nature has created its very own magic?

Take a dip in the hot springs at Lake Tekapo

There really is no more pleasant way to while away an afternoon than floating in the temperate waters of Tekapo Springs, gazing out over the postcard-perfect view of Lake Tekapo and the distant snow-dusted mountains of the South Island. Fantastic for the whole family, Tekapo Springs offers a series of tiered heated and cool pools, plus steam and sauna rooms. You can even book a stargazing experience, which culminates in a private session in the hot pool beneath the glittering stars of the Aoraki Mackenzie International Dark Sky Reserve – the only one of its kind in the Southern Hemisphere and one of only eight in the world.

Go on a culinary journey in Auckland

New Zealand has an abundance of award-winning wine and exceptional produce that can be sampled throughout the country, but the breadth and depth of the Auckland offering is pure foodie heaven. From waterfront eateries to farmers’ markets, cheap ‘n’ cheerful dumplings to fine dining, there’s something to suit every taste and budget in this North Island city. Looking for some serious gastronomic indulgence? Enjoy a six-course degustation of New Zealand fare at multi-award-winning restaurant The Grove, or a three-hour, 10-course blowout at the tiny Pasture, which features only six seats and serves a seasonal menu built around its wood-fire oven and fermentation techniques.

Thrill-seekers across the globe head to Queenstown for an adrenaline rush – this city on the South Island is known as the world capital of adventure and extreme sports. So, when in Rome, it’s only right to experience the most famous of its activities – the bungy jump. The self-proclaimed ‘World Home of Bungy’ is AJ Hackett’s Kawarau Bridge, where brave participants drop 43 metres into the ravine, touching the surface of the water before flying back up into the air. Prepare to lose your stomach but gain a tick on your bucket list.

Visit a real-life movie set at Hobbiton in Waikato

Step into the fantasy world of J. R. R. Tolkien at Hobbiton, the movie set on the North Island used for The Lord of the Rings film trilogy and The Hobbit series. This sprawling 1,250-acre sheep farm, with its lush, rolling hills, was sourced by director Sir Peter Jackson as the setting for The Shire, home of the Hobbits. The original plan was to dismantle the set and return the farm to its original state, but a change of course saw the site opened to the public in 2002 – and the return of Jackson in 2009 to film The Hobbit series. Today, the film set welcomes visitors to immerse themselves in this incredibly detailed world, complete with 44 Hobbit Holes, as seen in the movies.

Glide across the waters of Milford Sound

Milford Sound on the South Island is one of mother nature’s greatest achievements, with Rudyard Kipling describing it as the ‘eighth wonder of the world’. One can’t help but be silenced by the sheer majesty of this South Island fjord, where cliffs covered in velvety green foliage rise dramatically from the depths of the waters. Adding to the fairytale feel is a plethora of wildlife including penguins, fur seals, dolphins and birdlife, many of which can only be encountered in the Fiordland region.

The weather can be tempestuous here, but don’t be disappointed if your visit lands on a rainy day: a downpour only adds to the drama of the landscape, when waterfalls thunder down the cliffsides and the mountain peaks are shrouded in mist.

Discover breathtaking views from the peak of Mount Maunganui

Hikers and ramblers will be spoilt for choice in the incredible nature playground of New Zealand’s North Island, but no hike is quite so satisfying as one that delivers a jaw-dropping view at its summit. A climb up this extinct volcano, which rises 232 metres out of the sea, gives way to panoramic views across the azure waters and islands of the Bay of Plenty.

Hiking is thirsty work, so the restaurants and bars along the coastal strip will be a welcome sight upon descent – as will the white sands of Mount Maunganui Main Beach – the Best Beach in New Zealand according to TripAdvisor and the perfect spot to take the weight off and relax under the sun.

Take a winery tour in Marlborough

Marlborough is the country’s largest wine region – and, some would say, the world capital of sauvignon blanc. The distinct and intense flavours achieved here, thanks to the South Island’s optimum sunny climate and ancient soils, are unique to the region and revered around the world.

A winery tour of Marlborough will take you past leafy vineyards, sun-kissed valleys, soaring mountains and verdant forest. Join a guided tour or hop on a bike and discover its 37 cellar doors at your leisure, from Cloudy Bay with its open fire during winter, to Allan Scott Family Winemakers, where drops are sipped under the vine-covered pergola.

Watch the sunrise at Cathedral Cove

With every trip to New Zealand comes a sense of getting back to nature – perhaps never more so than during sunrise at Cathedral Cove, when the colours of dawn glitter across the waters. This spectacular landmark on the North Island’s Coromandel Peninsula is reachable only on foot via a one-hour clifftop track from Hahei Beach, its accessibility determined by the tides. The naturally formed rock archway gives way to a pretty little cove of white sand fringed with pohutukawa trees: the dreamiest spot to admire the sunrise, where modern life will feel a million miles away.

New Zealand has no shortage of beautiful lakes and Lake Wanaka in the Southern Alps is one of its most sought-after, beloved for its diverse range of outdoor adventures and selection of boutiques, restaurants, galleries and wineries on its periphery.

Lake Wanaka is the ultimate South Island playground for water lovers: at 45km long, it lends itself to kayaking, paddleboarding and boating. Hire a bike and join a lakeside trail or go the whole hog and take a helicopter ride up to 6,500ft, to descend one of New Zealand’s highest mountain bike trails. Conquer the world’s highest waterfall cable climb or go skiing at Treble Cone, the South Island’s largest ski area: it’s all on offer at Wanaka.