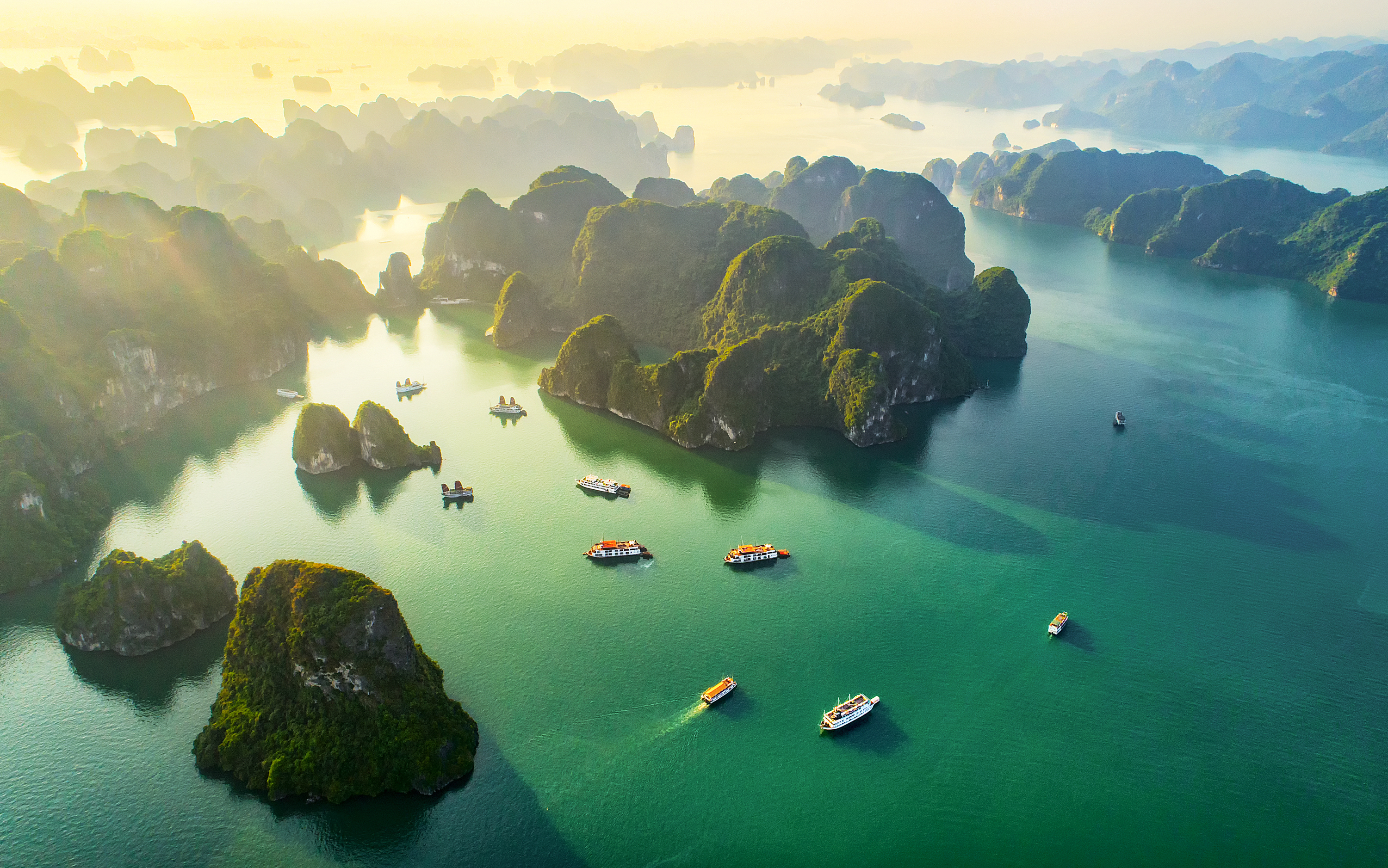 If it’s not already on there, it’s about time that you added Vietnam to your bucket list. Historical sites, gorgeous blue ocean, delicious food and heaps of culture await!

One of the first things you’ll notice when travelling in Vietnam is that the locals love noodles – and it’s no surprise when there are so many tempting variations on offer.

Pho: You can’t leave Vietnam without trying an authentic bowl of pho. This soup-based dish is typically made with beef stock, spices, flat rice noodles and slices of beef or chicken. For locals, it’s a breakfast staple, but it won’t be hard to find at any time of day.

Where to try it: Pho Gia Truyen

Located in the old quarter of Hanoi, this unassuming restaurant serves up hearty bowls of pho at very reasonable prices. It’s usually filled with more locals than tourists, which is always a good sign.

Bun Bo Nam Bo: Also known as stirred beef vermicelli, this dish is different to pho because it uses sauce rather than soup. Beef is marinated before it’s mixed with fish sauce, sugar, lemon and chilli, and served with noodles.

Where to try it: Bun Bo Nam Bo

Yep, you read that right – this noodle stall in Hanoi is named directly after the dish and serves up one of the best versions of it.

Cao Lau: This dish is something of an urban legend and is a must-try for anyone visiting Hoi An. Featuring pork, noodles and greens, its unique taste is put down to the fact that it’s made using water from an undisclosed ancient Cham well – meaning it can’t be recreated outside of Hoi An.

Where to try it: Khong Gian Xanh

This small restaurant in Hoi An doesn’t look like much from the outside but serves up some of the best cao lau in Hoi An. Pair it with one of their inexpensive local beers.

Thanks to the hot, humid weather in Vietnam, it’s important to stay hydrated during your visit – and what better way to do it than with these local favourites?

Sugarcane juice: Don’t worry if you don’t have a particularly sweet tooth – this drink is far more refreshing than it sounds. Sold by vendors on almost every corner, it won’t be hard to get your hands on some while you’re busy sightseeing. Freshly-squeezed sugar cane is combined with lime to make a tasty drink rich in electrolytes and antioxidants to fight dehydration.

Ginseng tea: Hugely popular in Vietnam, this drink is made with nettle leaves, grassroots, sugar cane and corn silk. It’s claimed ginseng can help with everything from tiredness to colds and flu, so there’s no harm in giving it a try!

Fresh coconut water: You can’t beat the taste of fresh coconut water directly out of the shell. Not only is it delicious, it also contains antioxidants, potassium and magnesium, making it a super-healthy way to refuel after a long day exploring Vietnam.

While exploring the hustle and bustle of Vietnam is great fun, it’s nice to come home to a luxurious hotel that offers plenty of opportunities for relaxation.

The beautiful country of Vietnam has no end of fascinating places to visit, including seven World Heritage Sites recognised by UNESCO. Here is our pick of the best.

Ha Long Bay – World Heritage Site since 1994: Emerald waters and more than 1,000 islets await at this stunning bay. The best way to explore is on a cruise boat that will take you around the various islets and often offers a knowledgeable guide who can talk you through the area’s history.

My Son Sanctuary – World Heritage Site since 1999: Explore the ruins of Hindu temples constructed by the Champa kingdom, which ruled Central and South Vietnam from the 3rd century until 1832. The architectural work is hugely impressive and tours are available should you wish to find out more about the history of this unique site. If you prefer some privacy for your trip, visit in the afternoon when tour groups tend to have departed.